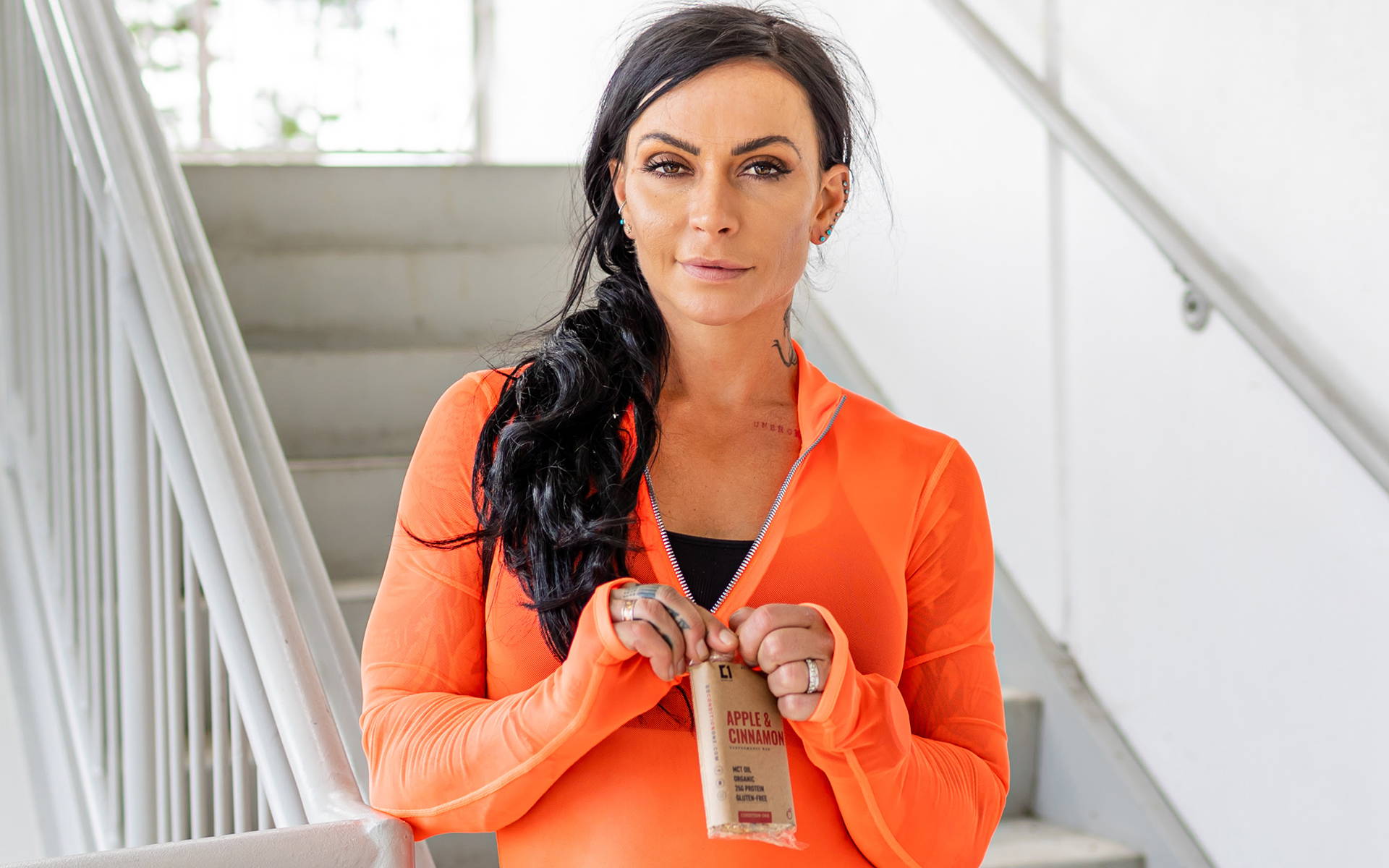 Along with being a massive fitness influencer, Ashley Horner has sold over 1,000,000 copies of her 16 training programs, and she owns several businesses in Virginia Beach. Horner is also a mother of three and founder of the Unbroken Foundation, a non-profit with a mission to aid and assist abused women and children. She loves taking on new fitness challenges to help raise money for those in need working closely with the Maison Fortune Orphanage in Hinche, Haiti, where she regularly visits and spends time with the children.

“I started out doing dance and gymnastics, and eventually, I took soccer on full-time playing for the Olympic development program. I began getting into weightlifting after I had my first son and decided to get on stage and compete. I competed in the OCB (Organization of Competitive Bodybuilders), NPC (National Physique Committee), and WBFF (World Beauty Fitness and Fashion). Within a year, I landed my pro-card for the WBFF as a professional fitness model.

“Moving on with my fitness career, I tried out for the body space spokesmodel event with bodybuilding.com, landing me in Los Angeles at The Fit Expo that begun my long time relationship with bodybuilding.com. A few years later, on a whim, I decided to run the Grand Canyon, rim to rim to rim. This was the precursor to many other ultra-physically mentally challenging events I would conquer.” 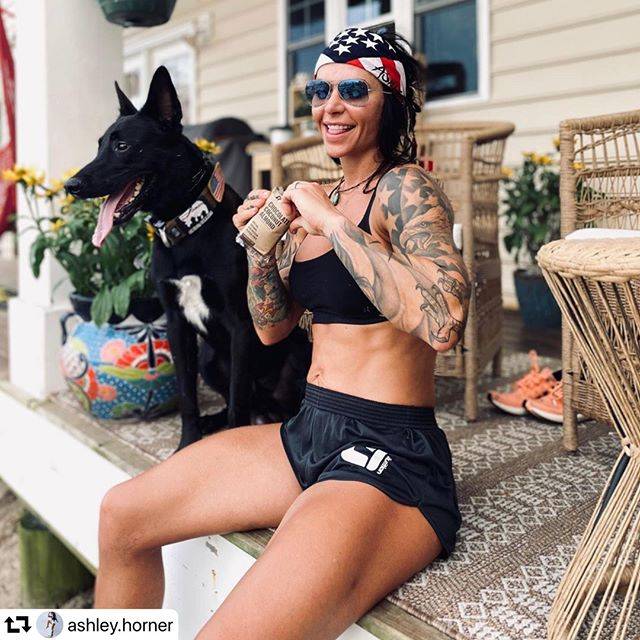 What are some essential things you wish people knew about nutrition?

“Stop over complicating things. It’s quite simple. Eat clean things from the earth, and try to avoid items that are super processed. Having a good balance is everything. Don’t go on crazy bouts of ridiculous changes that you can’t adhere to; simply make small changes that you can keep over time.”

How does Condition One fit into your busy schedule? When are your favorite times to utilize the bars?

“My entire family loves these bars. It's nice having a bar that's nutritious and made with ingredients I can trust. One of the great things about C1 bars is that you can take them anywhere with you – whether you’re on the slopes in the mountains or paddleboarding on the ocean. Most importantly, I never have to worry about missing a meal or fueling myself with my busy schedule. I always have these bars on deck.”

I’m sure you’re someone who has tried a bunch of different nutrition bars. Why is C1 the best?

“The ingredients are simple, clean, and bursting with flavor. Plus, I’ve been to the facility and have seen first hand how these bars are made.” 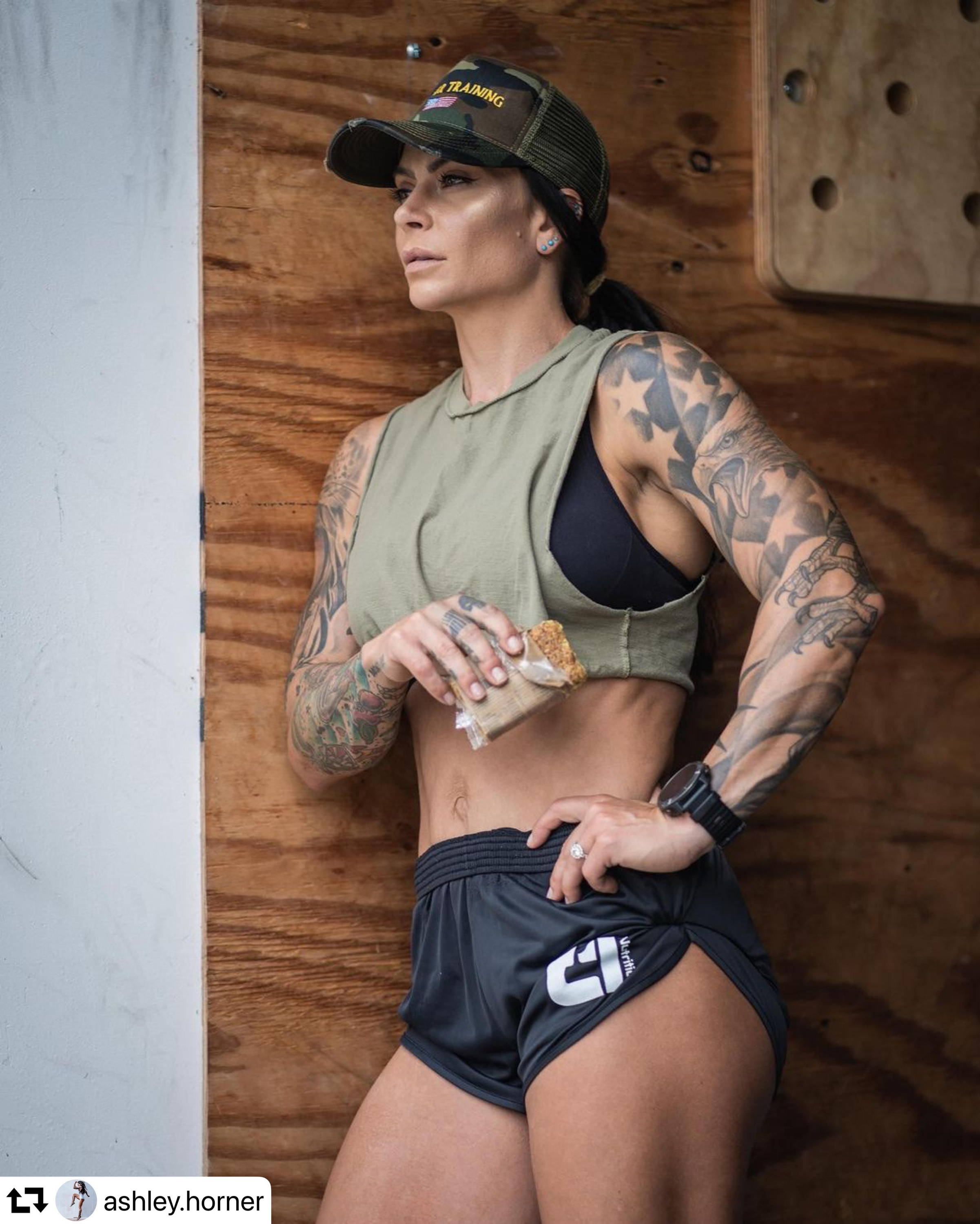 In-between running your businesses, raising your sons, and being a massive influencer, what motivates you to prioritize your training and fitness even on the days you don’t want to?

“My community I have around me who is also grinding day in and day out. It’s motivation to me to get it done. I also know that this time is my therapy. I have to give back to myself if I’m expected to give myself to others, including my family.”

"My entire family loves these bars. It's nice having a bar that's nutritious and made with ingredients I can trust... Most importantly, I never have to worry about missing a meal or fueling myself with my busy schedule. I always have these bars on deck." 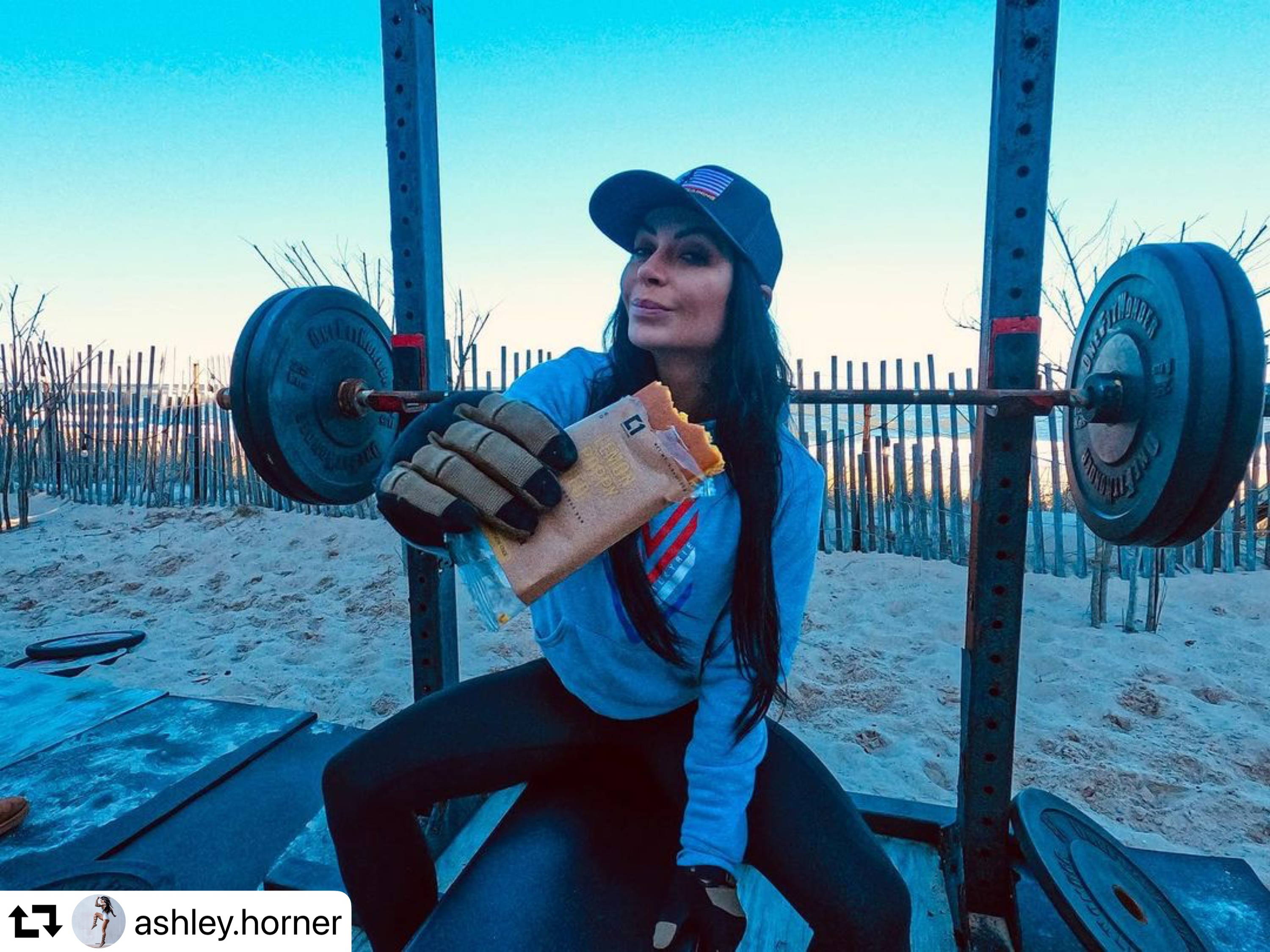 How has the way you’ve trained or trained others changed with Covid restrictions? How have you overcome some of those obstacles?

“This has been difficult for all of us, directly or indirectly. It has caused us to think outside and beyond the barbell and look at fitness in a completely different way. Fitness doesn't necessarily have to be inside or with machines. Fitness can be about using our own bodies as a machine to get the result we want.” 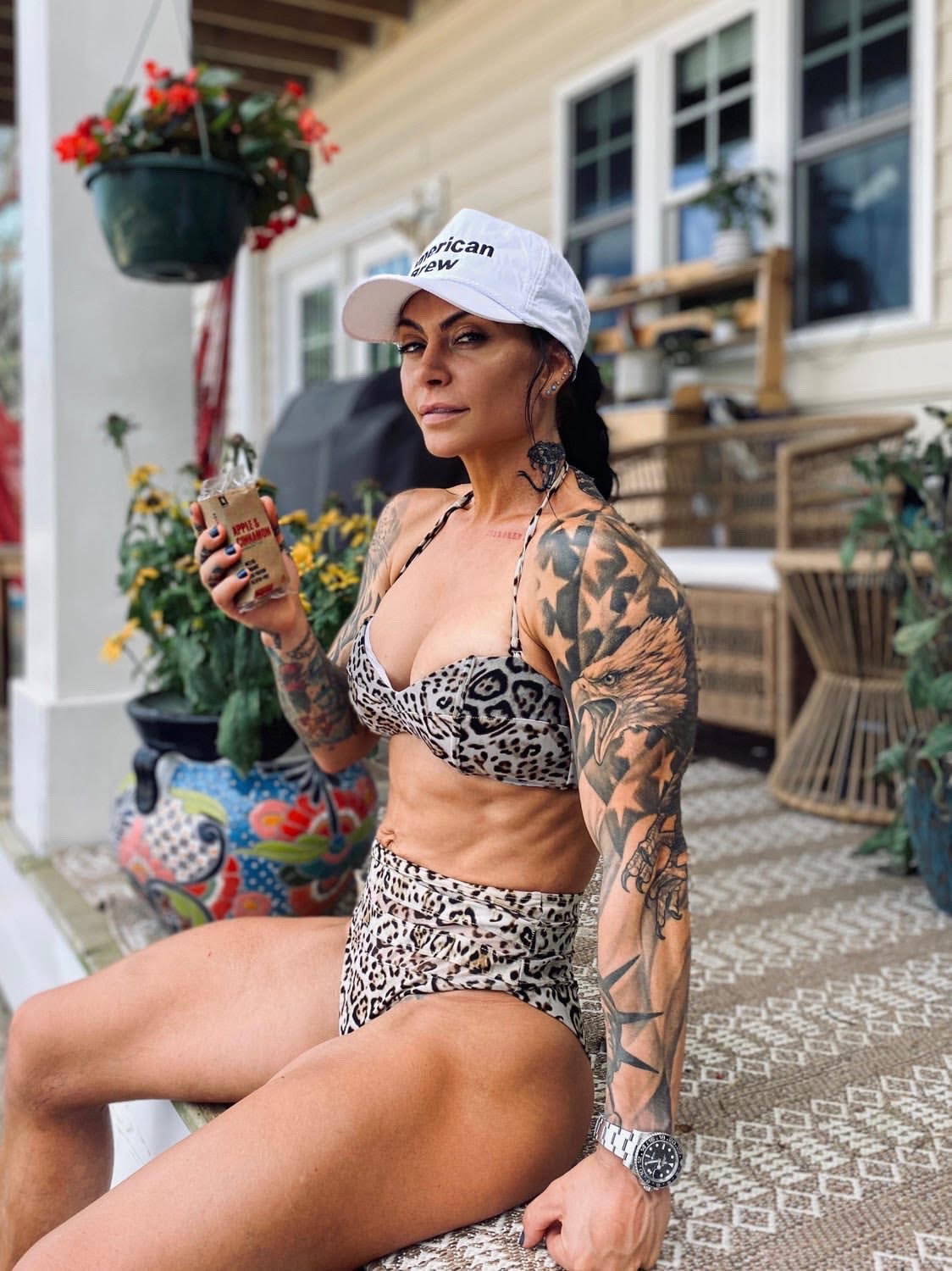 Fitness, career, or just life-wise, what are your current goals?

“Expanding my restaurant, American Brew, and opening up another location in 2021. I also want to open up another location for my screen printing business, American Screen Printing, and to really focus on my non-profit organization, the Unbroken Foundation. I’ve started training for The Tactical Games and getting my strength back after years of doing long distance ultra events..”

To wrap up, do you have any fun ways you eat your C1 bars? What’s your fave flavor?

“My favorite flavor is Lemon Poppy Seed, and I’ve chopped up the Apple Cinnamon and put a dollop of Cool Whip on top. Sooo good!!”

TRY THEM FOR YOURSELF! Catching up on Cross-Training with a Sports Chiropractor

Dr. Simansky chats with us about CrossFit, his 2021 fitness goals, and why he chooses Condition One Nutrition. Ranked as the nation’s most authentic trainer, Jen chats with us about maintaining life balance, working out post-injury, and the misconceptions around fueling our bodies.