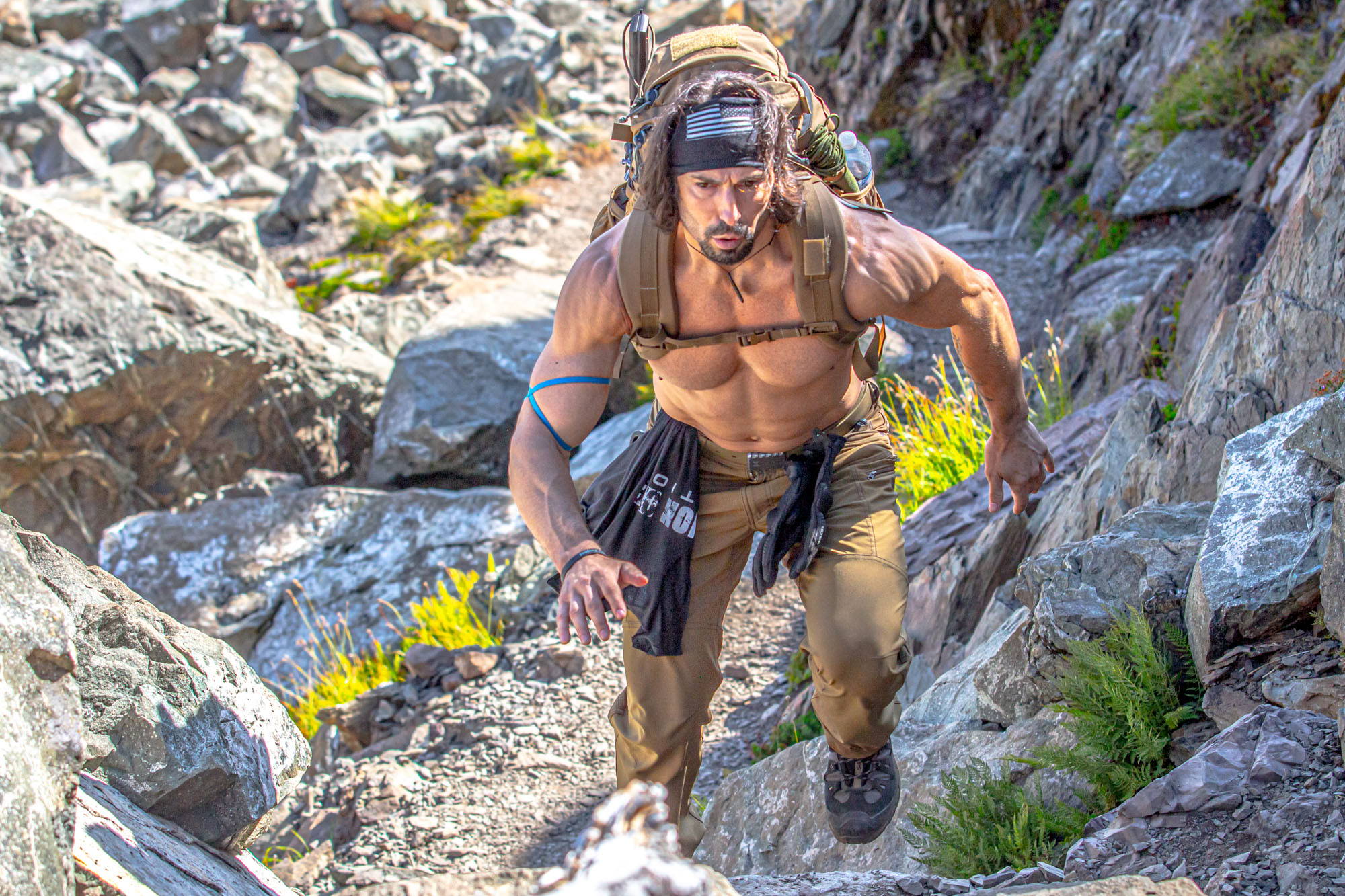 Rudy Reyes is a Veteran, conservationist, martial arts instructor, and actor. Born in Richards-Gebaur Air Force Base, Kansas City, Missouri, Reyes began practicing Kung Fu at 15 and teaching it to his brothers. Joining the United States Marine Corps in 1998, where he also became a Force Recon Marine, Reyes served in both Iraq and Afghanistan. After leaving the military in 2005, Reyes became a fitness trainer in San Diego. He even spent some time in Africa, where he educated wildlife preserve rangers in anti-poaching tactics. These days Rudy is focusing on working with his brand partners and acting. His acting credits include portraying himself in the HBO miniseries Generation Kill and hosting the tv series Apocalypse Man.

What is The Relationship Between Readiness & Nutrition?

“Simply as a military man, let us think about fuels or vehicles; what ammunition we put into our weapons; what fuels the human body most important as the organic machinery. As Marines, our missions are in extreme environments with impossible timelines, massive amounts of stress, and the possibility of a violent jet… and what fuels us, we’re incredibly knowledgeable about water, hydration, the trace minerals and electrolytes that hold water in the body. And nutrient-dense food. Just like the fuel that’s put into helicopters and jets, they give us support and get us in and out of dangerous positions and environments.

The highest-end fuel with the least amount of additives and fillers is what powers machines to be optimal. And we’re machines. Our body is mechanical. That’s why they degrade eventually and we die.” 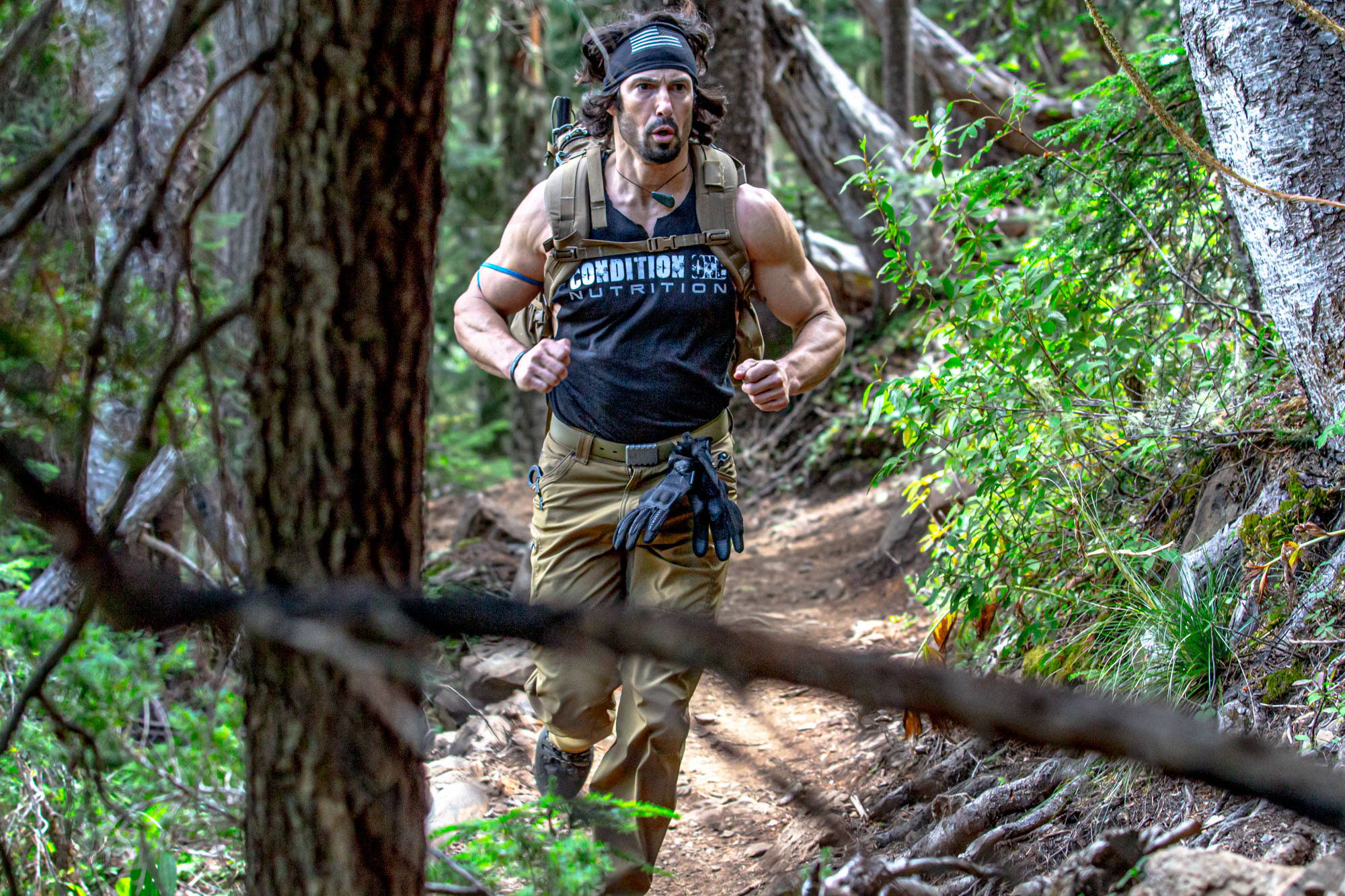 What is the Warrior Mentality To You?

“The warrior (Ethos) is crafted in the battles and struggles and the effacement from antiquity. Often we use, even in our modern government here in the United States, the Greek ideal. ...That’s the place where modern thought was created. The word “Ethos” in our primitive cultures is there. And then it became refined through these city states in which empire and conquest as a predictor to turning sorts to plow shares and then creating societies and communities in which use natural environment, agriculture, animal husbandry; to fortify, strengthen, and create unique language, art, and thinking in these so-called city states.

That’s where the words had started. And the warrior takes his space to (as we say in the Marine core) not ask what, who or why; only to do or die. So the rest of society can pursue artisan work, art, industry, etc.

It’s very important to remember badass warriors, special operations commandos, and mixed martial art fighters without the collective. And their reason being that we are that one cog, and the spiritual economic machine called society culture. Alone, we could just be viewed as savages or zealots. But we think about it collectively. The warrior Ethos and the warrior itself is a part of a modern way of thinking that creates things like human rights. It creates things like stability. It creates a structure, and the baseline for education and the upward mobility of all citizens.

So the warrior mentality to me is steeped first in the concrete blood-soaked battlefields of life, death, and sacrifice, but the reasons for the higher law. 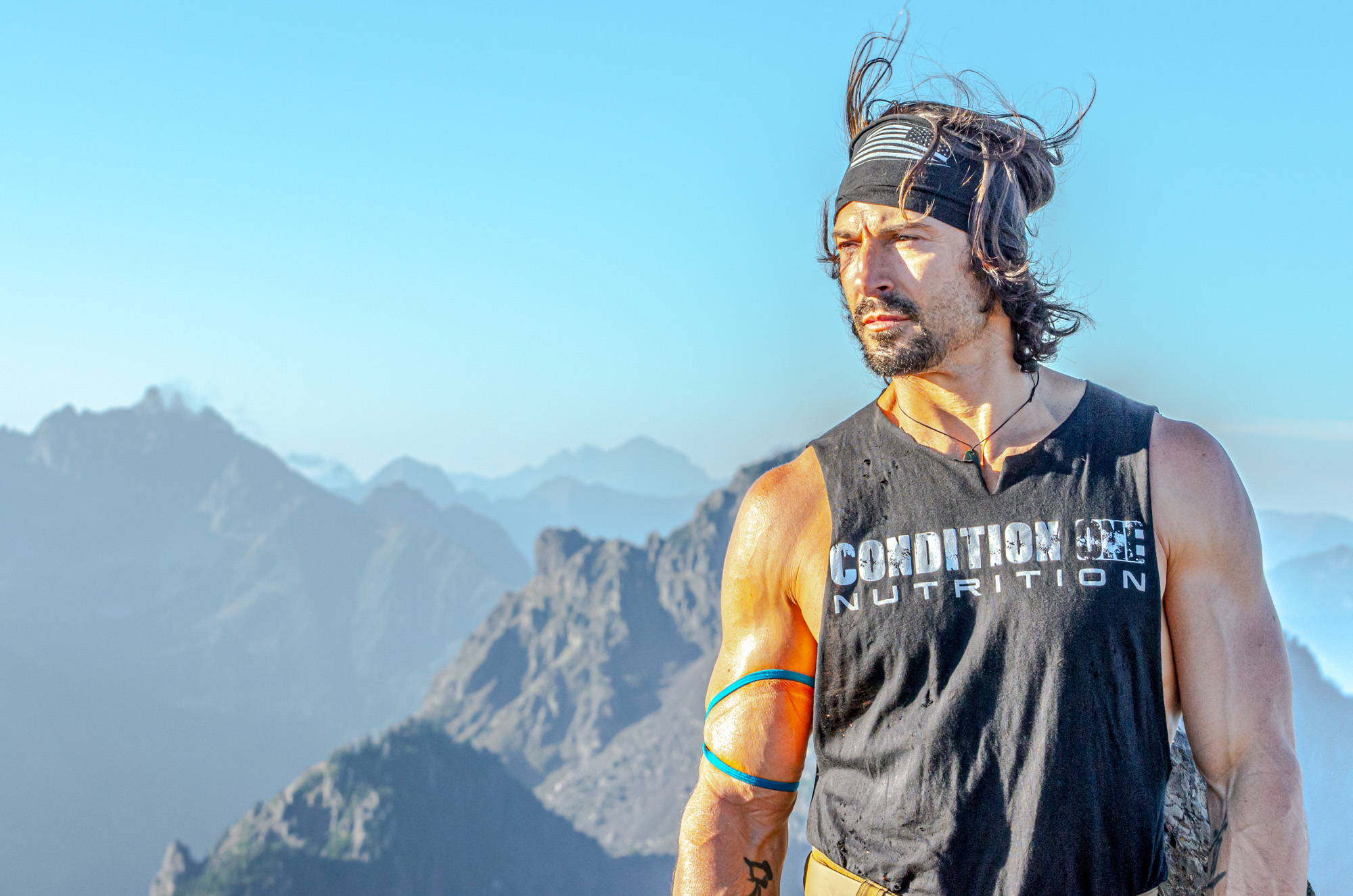 How Can Athletes Embody The Warrior Mentality & Readiness?

Well these fitness efficianados, sportsmen and athletes, they already consciously or unconsciously dovetailed into this ancient discipline of self-effacement and training to make one’s mechanic… one’s machine hard to kill. Able to endure and communicate, relate, and or dominate one’s environment to accomplish the mission.

So these modern athletes, modern sportsmen, modern fighters, modern special operations commandos, infantry; by answering the call; by feeling that there is a higher calling, they must absolutely find this mythical body. The nervous system and the brain to be the highest echelon vehicle of human consciousness. And when blinds himself in that, everything they do in waking and in sleeping is connected to making one’s self a better version of themselves. So that in struggles and pains, they are there to lead into prosperity and the boon of harvest. They’re able to appreciate the taste of the nectar so much more.

Why Is Nutrition So Important? 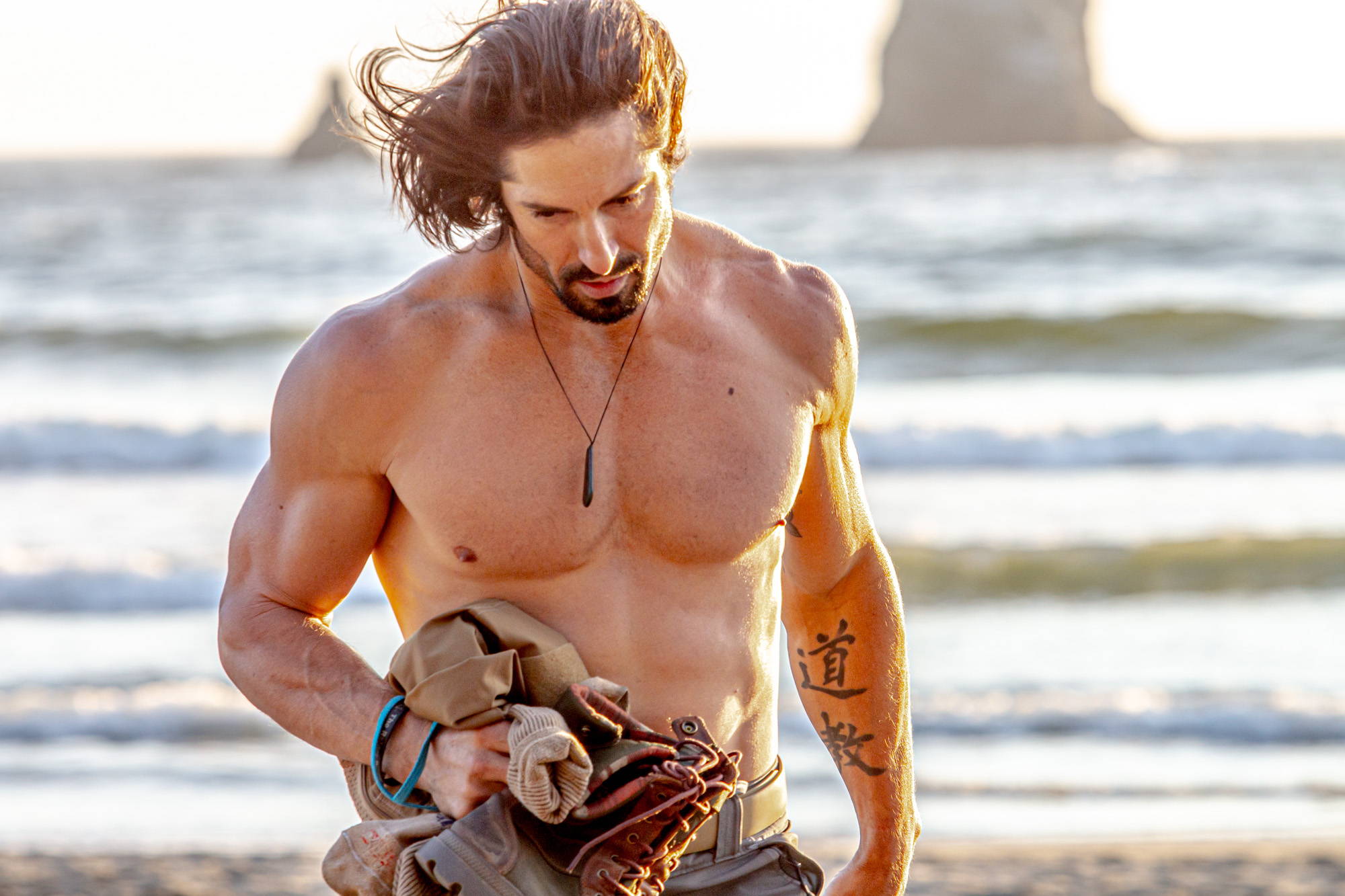 Why Condition One Protein Bars?

“What’s profound about the meal bar; the performance bar; the nutrient bar; the DELICIOUS bar, is that Condition One was created by warriors. Exactly that overall mission; it’s bedrock…

For fuel, we smell and taste a bar that’s cooked; an artisan bar. It’s not formed and pressed. It’s MADE. Like ancient bread; like ancient mana. A bread from the skies. Baked. And the ingredients of raw materials that go in it are the best that we can find on this planet.

“If we’re gonna be bringing into our lives something to keep us going forward, then it should be the absolute PINNACLE of ingredients and the message behind the ingredients. That's the story of Condition One and that’s why it’s so effective. It’s not a carb bar, it’s not a protein bar. It’s not an energy bar… it’s a life bar.” 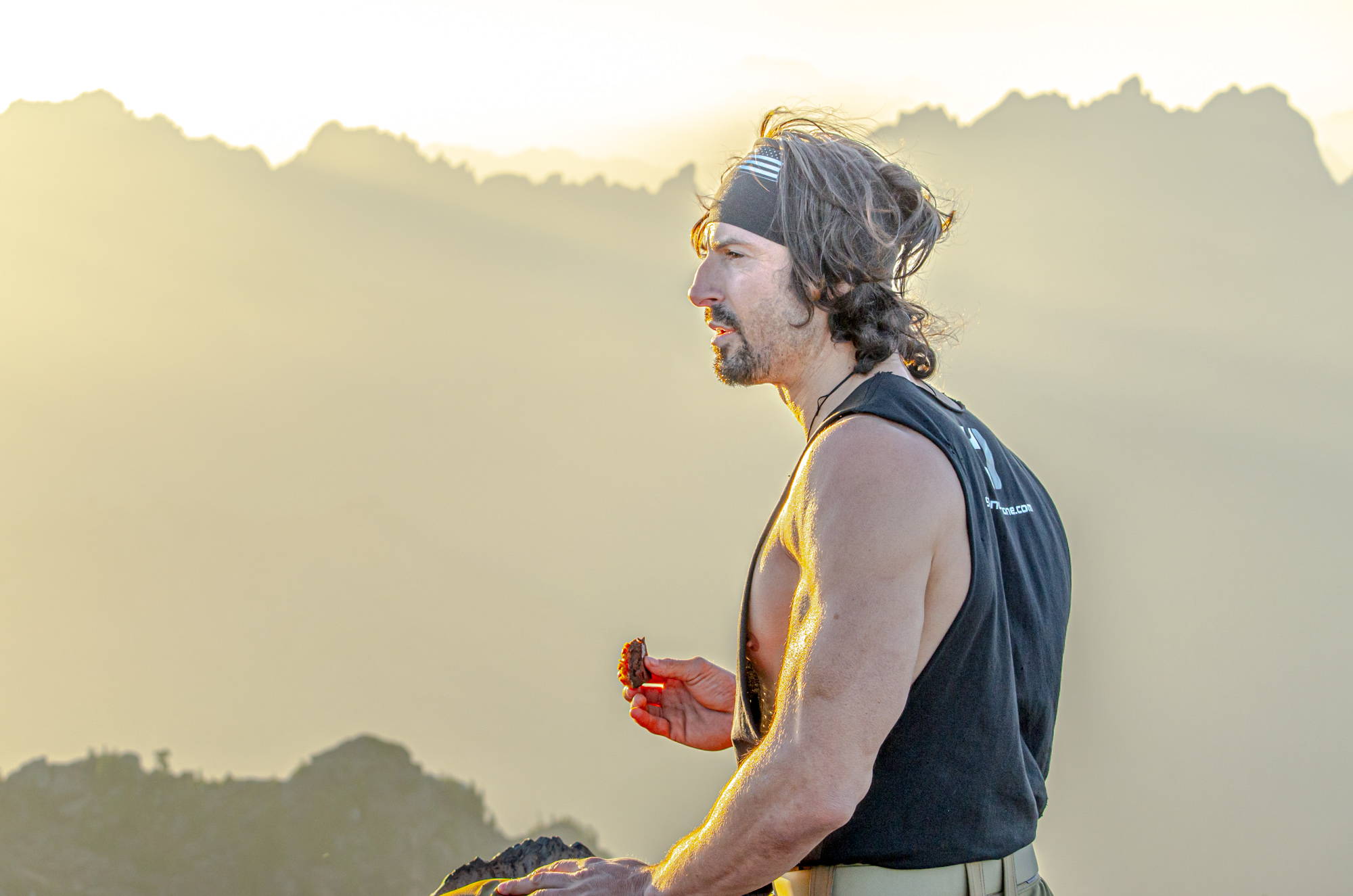 What Was It Like Working With Matt DeMaio On These Incredible Bars?

“Oh brother, they’re magnificent. I’ve seen and been a part of the creation with Matt DeMaio. We worked tirelessly in his tiny kitchen on the second story of his no air-conditioned freaking apartment in Long Island. Figuring out how to do this the right way. And just like the warrior Ethos and the warrior strategists… we rest our word on the ethicacy and deliciousness of these bars. It’s a solid 10.

Of course, Lemon Poppyseed. Because that is my favorite pound cake from the MREs, the meal’s ready to eat. And out of the rations that I ate all over Afghanistan, Pakistan, and Iraq. 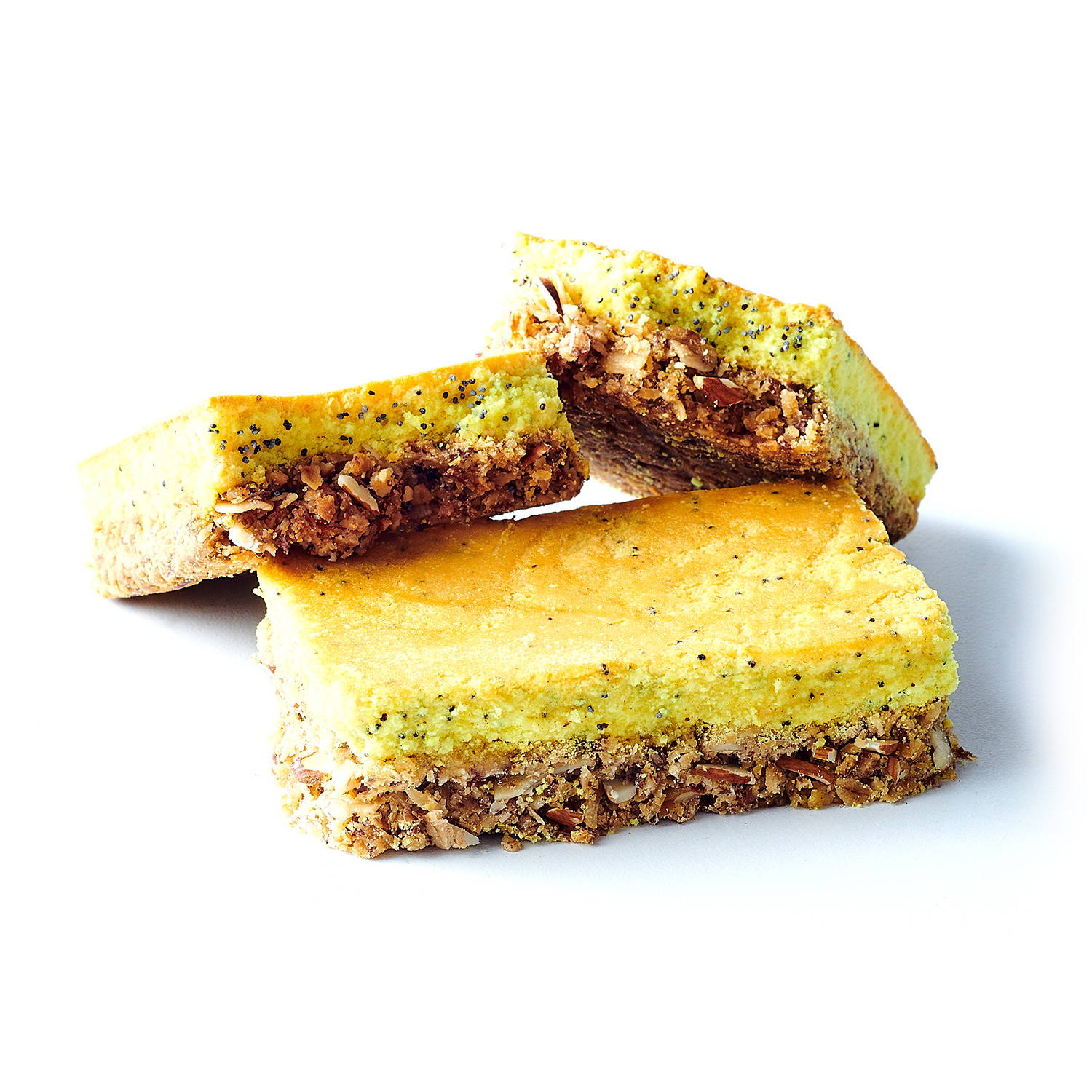 TRY THEM FOR YOURSELF!

While Condition Bars are a delicious treat by themselves, sometimes we like to mix up our routine. Watch as our founder Matt Demaio makes a quick and simple C1 oatmeal with just two ingredients.

We sat down with Meredith Burns to dive into the myths & facts of fats. What are fats and why are people scared of them?